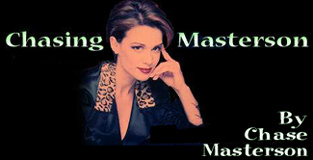 When I was very small, my father served in Korea and then in Vietnam. (Boy, guess that dates me, huh?). He was public relations for the Army, and working for peace. And each year on my birthday, since he couldn’t be at home, he would go to an orphanage wherever he was and find a little girl who was born on the same day and year as me, and he would hold a party for her. I remember seeing pictures of my Dad with her, two years old, sitting in a pretty white dress he bought...happy as could be...blowing out the candles. Snapshots of a shiny, red tricycle, and of all the other kids having fun, too. He couldn’t do that for me that year, just like the little girl’s parents could be there with her. But thoughtfully and creatively, he did what he could.

Looking back, I realize that his example was the best birthday present he ever could have given.

I never really told my father how special I thought that was. Maybe by the time we lost him, I wasn’t mature enough to realize it, and definitely not mature enough to say it, and that I will always regret. But if I can pass that along, I’m thankful. We can’t be everywhere, or do everything that’s important in the world, but what really matters is if we reach out wherever we can. Sometimes you have to trust that’s enough, and realize that’s the way the world works-- we are meant to be the hands and eyes and ears for each other, sometimes in the strangest of situations. All that matters is that we do.

Okay, Chase, so how are you going to tie this in with science fiction?

My column this month focuses on the people at Decipher, which does the STAR TREK and STAR WARS Card Games.

Each fall, Decipher holds a fundraiser called the Sean Valdez Project, a weekend of tournaments all over the world in which about 600 card players compete. This year’s benefit raised $21,000 for the CHILD Cancer Fund, a 501c-3 non-profit organization. The acronym stands for Caring, Hoping, Involving, Loving and Doing.

The Fund has a multi-level support program.

"We assist about 500 families; we sponsor several programs including those of financial assistance, emotional well-being, bereavement support, and finally home nurses, so that parents can be at home with their child in their last days," says President Annie Hicks, who lost her teenage daughter to cancer three years ago.

Existing on grants and private donations, the financial support the Fund is able to give to stricken families is crucial. "It is a horrific experience to be the parent of a child who had cancer," Annie relays. "How do you choose between being at a job, which you need in order to survive, and being with your child?"

Jonathan Quisenberry, who heads the Project for Decipher, remembers 13-year old Sean Valdez, who played the STAR WARS card game, and who had fought leukemia since he was just 5.

"Sean’s mom said he had never really expected it to end; he was a fighter," says Annie. "That’s kind of the way he played the game. He wasn’t always the best player, but he was really dedicated, he was there all the time. One evening, like so many other evenings, he was playing but he went home because he wasn’t feeling well. A volunteer who was close to him found out the next day that he passed away that night."

Decipher got in touch with the CHILD Cancer Fund after Sean’s death.

"He had such dedication and courage that we wanted to honor him for that," said Jonathan. Annie reflects, "Once the word got out about what we do, there was no stopping them. Decipher has embraced this cause, and we are so grateful to them."

We can’t always accomplish what we would most like to do--no one could do it for Sean Valdez. But out of the knowledge of that story, Decipher is doing what they can to keep some other children encouraged and alive.

So like Decipher, and like my Dad, and like so many passionate people whom I’ve met in the world of genre entertainment, let’s take a step this month in powerfully affecting the world around us, wherever we are.

Let’s do all we can.

Editor’s note: Chase’s salary for her column this month has been donated to the CHILD Cancer Fund. For more info on Chase’s fundraising activities, log onto http://www.chaseclub.com

If you know about a great sci-fi-related charity or have other ideas for this column, e-mail us at JBOND@eonmagazine.com

[Back to main news page]